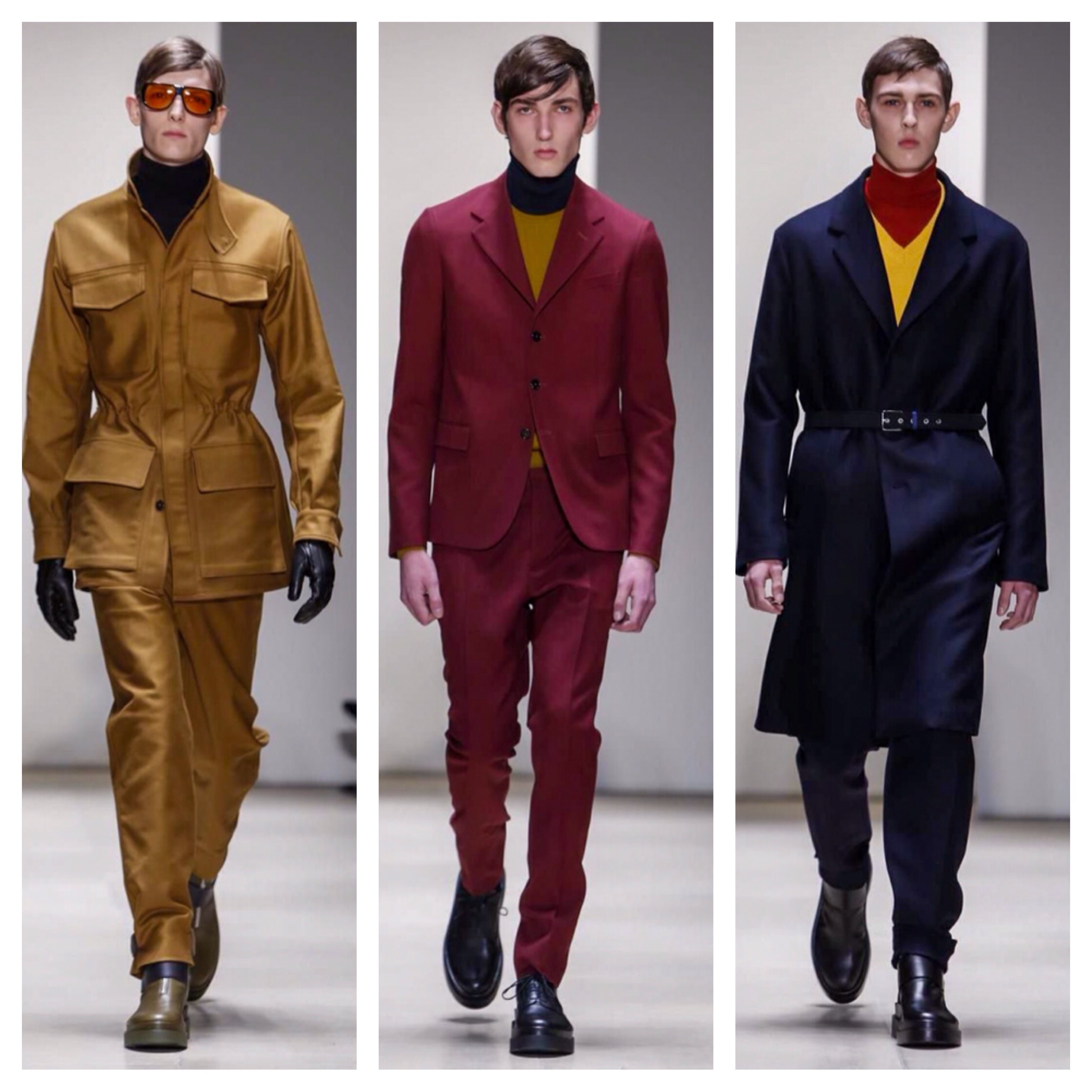 For his first menswear collection as the new creative director of Jil Sander, designer Rodolfo Paglialunga redirected the line into a more masculine, if still minimalistic, direction.

There was an appealing way Paglialunga was able to create pieces that gave the models both a sense of bulkiness and bagginess, as if they worked out, but their goal was definition rather than muscle mass. He accomplished this in his clever fabric choices, their weights the first building block for the silhouettes. And then he cut the materials to create boxy outerwear, roomy pants and easy tops.

The designer balanced his volume by giving a focus to the waist. Thick pleats on pants intentional drew the eye to the models mid-section, as did prominent belts on coats and built in cinched waistlines on jackets, which looked to be a hallmark sartorial detail in the making for the designer.

Other highlights included quite a collection of colorful turtlenecks, equally bright sneakers and one lovable teddy bear brown shearling jacket.

The soul of the Jil Sander brand could be felt in this show, and it vibrated back to life in the hands of Paglialunga. For a man more familiar with crafting womenswear, this was a promising debut.