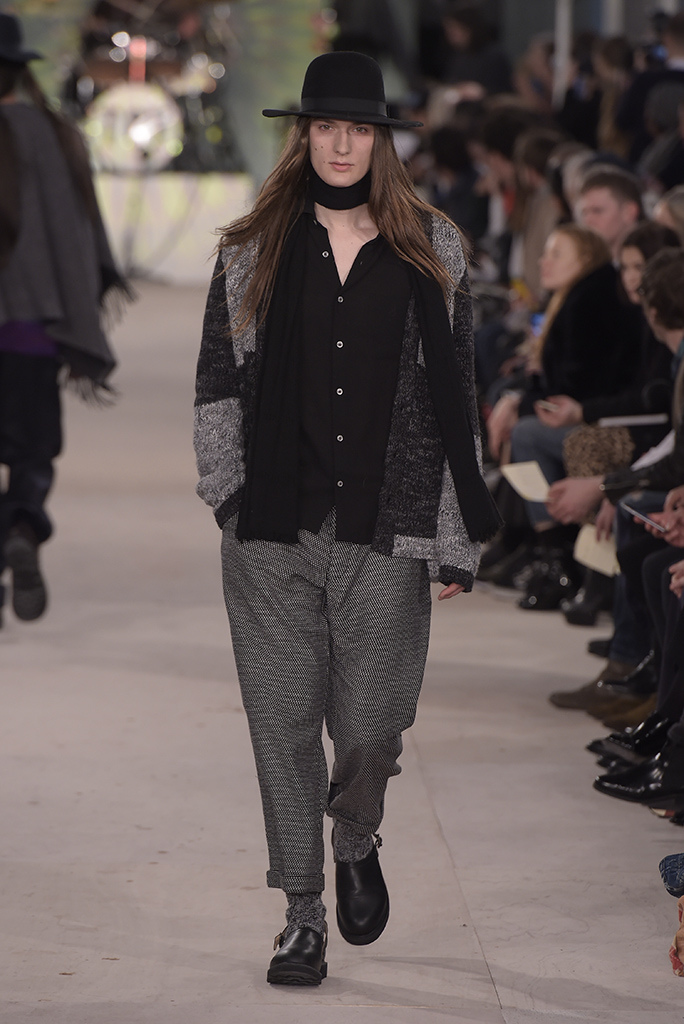 There were no big surprises for You Must Create’s 20th-anniversary collection — only plenty of the trend-free staples that have garnered YMC its loyal following. This season’s came with a folksy feel inspired by the British folk music movement of the Sixties, Middle Eastern psychedelic bands and the boho outfitting of groups like The Incredible String Band.

The predominantly dark palette was enlivened via flashes of rust, camel and violet. Consider a rust shearling jacket worn with a rough sweater and ripped-and-patched jeans.