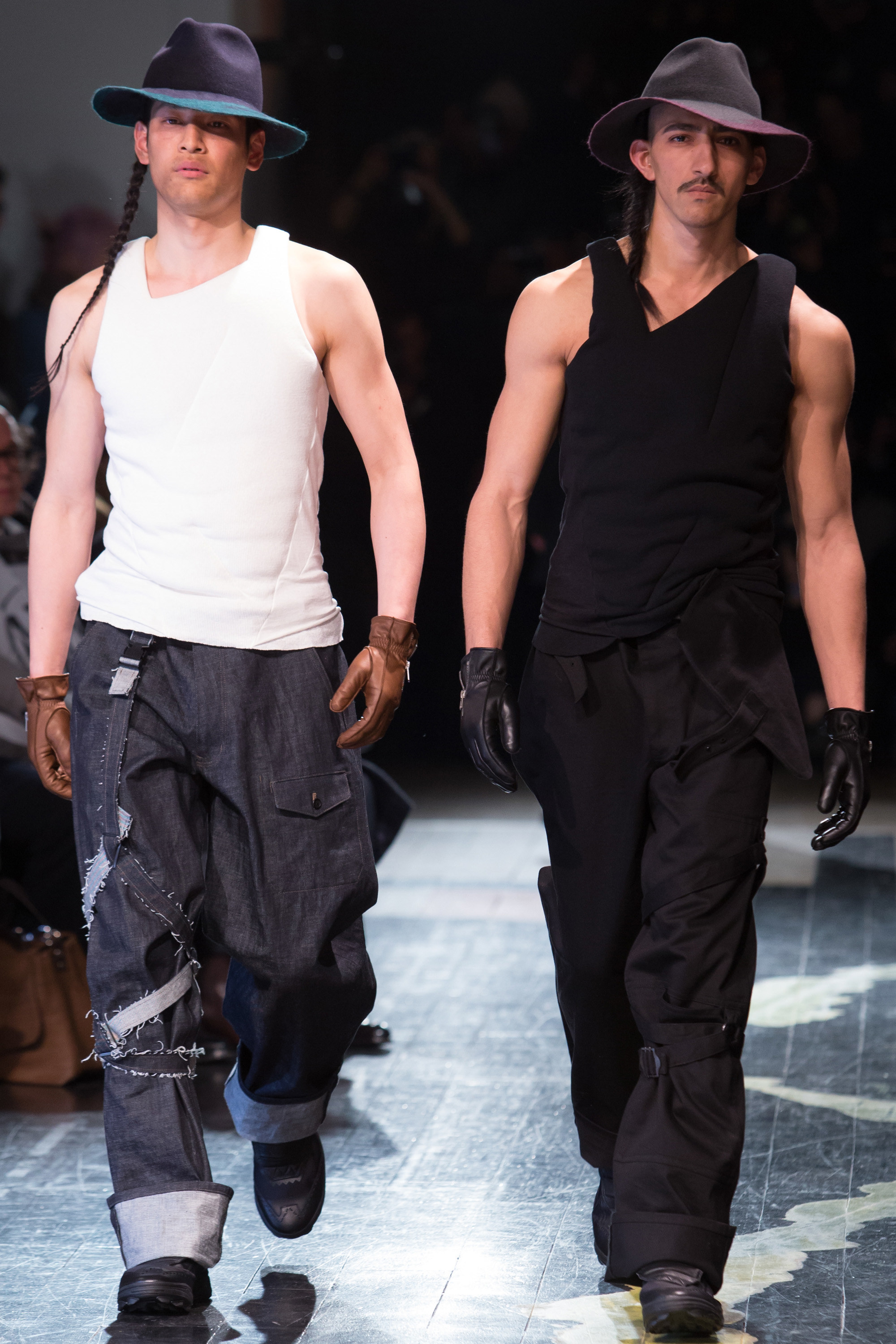 The supersized silhouettes that Yohji Yamamoto showed in his fall collection — think XXXL, thanks to shirts over puffers over trousers — seemed suitable for battling any natural element and were also strikingly on-point for the season. But to the designer, the layering was meant to be tongue-in-cheek, while underpinning a more serious theme.

“It’s kind of a joke,” Yamamoto admitted backstage, explaining he had envisioned cold children on whom mothers had piled oodles of clothing — and added, at the last moment, T-shirts (with some bearing eye-popping messages like “Corporate Motherf—ers”).

Models walked the runway to the soundtrack of the film “Stand By Me,” a theme Yamamoto said he had chosen since everything “is such a mess.”

“Because of the economic condition, I feel like in the world – all the countries – the family is just breaking down. I’m afraid. So, like a kid, I want to shout,” he explained.

Yamamoto also veered in another direction, offering up a smattering of bondage looks, as well, with straps crisscrossing certain jackets and trousers.

“It’s kind of a sexual adventure,” he said. “I wanted to make a trial.”

The experiment worked, as did Yamamoto’s lyrical addition of face drawings on numerous jackets and shirts, and more military-tinged skirts.

The designer’s on a roll yet again this season.

READ  All Hands On