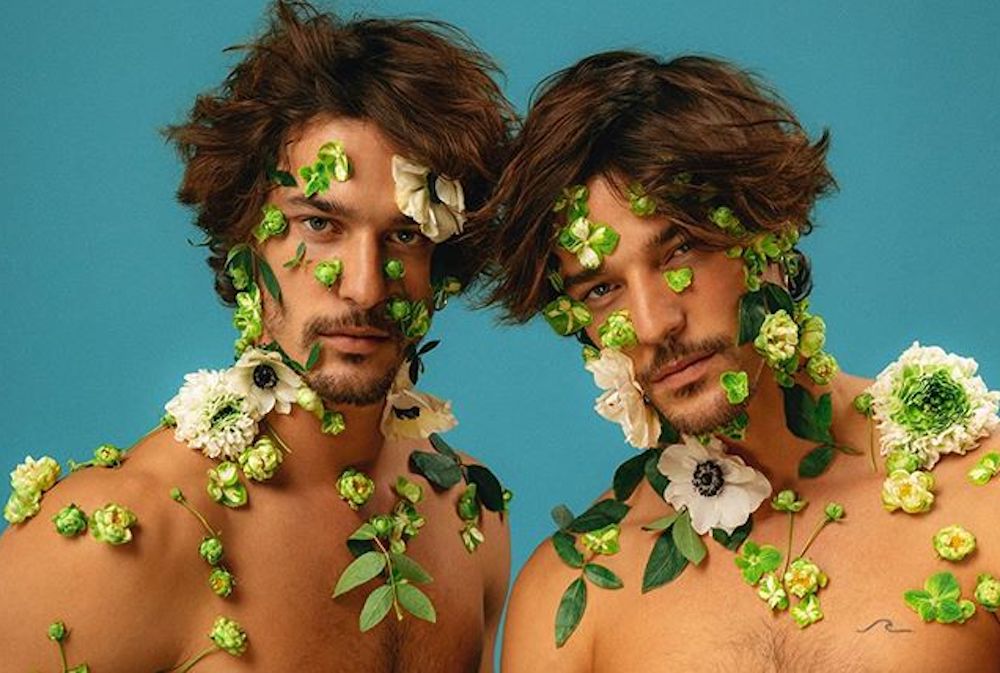 The spring has sprung, the grass is green, Flower Power By Chantar for VMAN #41 is here.

VMAN announced “Spring is only 8 days away! We partnered up with Nicola Formichetti to ring in the warmth with positivity and the season’s best (and minimal) looks.” 🌸 🌺 🌹 ⠀⠀

Out with the old, in the with new…season, that is. How will you be spending yours?

Travis Chantar hails from the mountains of Idaho, studied music in Minnesota, and landed in Brooklyn as an artist and photographer.

He first encountered a love for decorating and photographing people in high school, and then progressed to creating poster imagery for shows in college.

Upon graduation, he combined a love for painting and portraiture in a body painting series called, “Tribe,” resulting in a book and solo show.

Independently, his work has spanned book and album covers, product campaigns, and portfolio work for creatives.

Mother nature claims back her turf. Let’s take care of our Mother Nature, let’s be responsible of our actions in this earth.

Let’s share and give good and positive vibes for this Spring, let’s be more human and less inhuman.

Covering naked torsos with real flowers, Chantar gives directions to the male muses to pose like Greek statues, cherubs from the Mother Nature. This issue is available on the Sold out issue #41 of VMAN.

0 comments on “Flower Power by Chantar for VMAN #41”