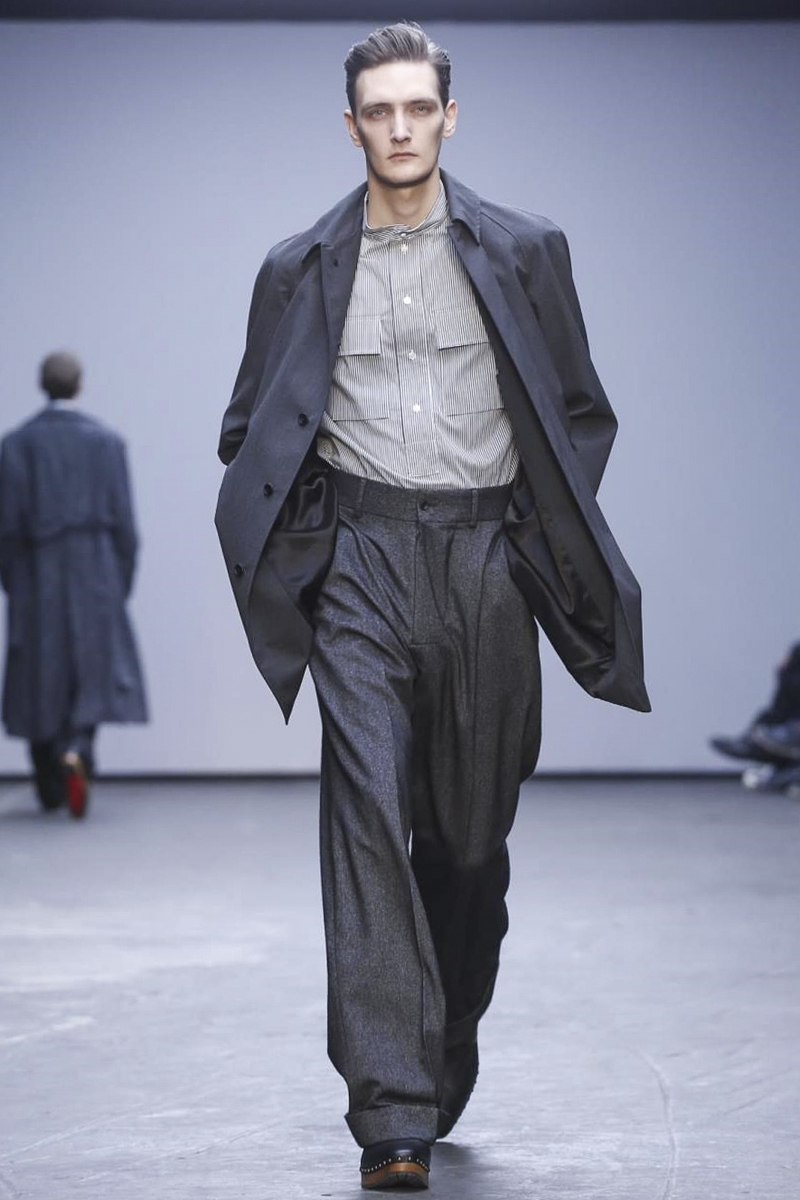 It is no secret that in a few hours the plates are going to shift again. The last day of London Collections: Men is undeniably overshadowed by Galliano’s imminent return to Margiela at the Artisanal collection presentation happening later today. But in a way, it framed the E.Tautz show perfectly.

The heritage brand dating back to 1867 offered some form of momentary stability. The show opened with an excerpt from Pope John Paul II’s homily in 1979, the year an IRA bomb killed Lord Louis Mountbatten, the Queen’s cousin. It read: “I beg you to turn away from the paths of violence and to return to the ways of peace. You may claim to seek justice. I too believe in justice and seek justice. But violence only delays the day of justice.”

Against the binary of violence and peace, the strictly grey E.Tautz palette displayed utmost neutrality. After all, they say you can always trust a man dressed in a grey suit. Perhaps that’s why it is a color worn most by high-rolling bankers.