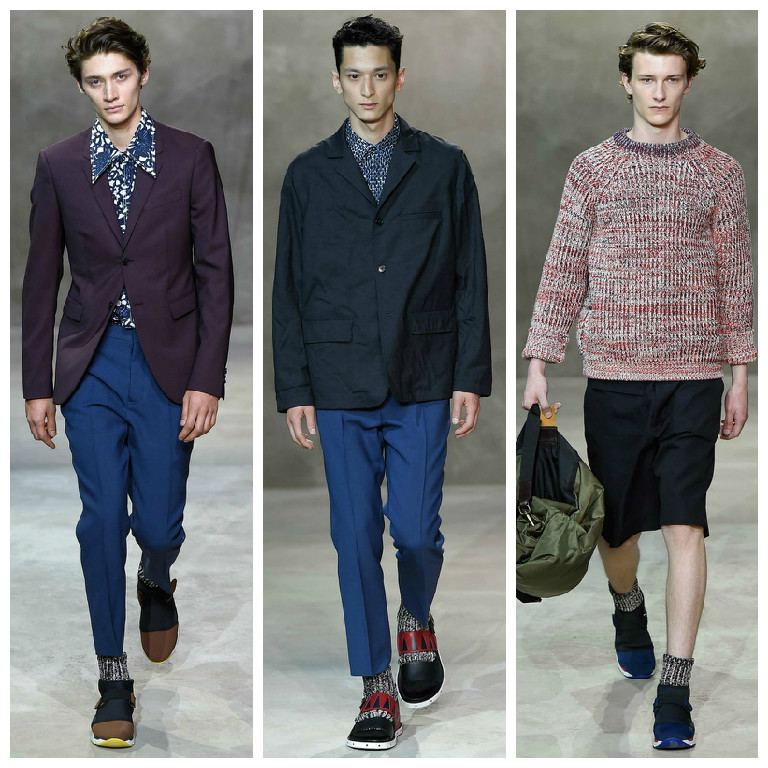 Reinforced by a disquieting, Tim Burton-esque soundtrack, Consuelo Castiglioni’s return to the Milan runway with Marni men’s wear captured the awkward, poignant juncture between boyhood and the adult world.

Outsize collars splayed over leisure suits that could have been nabbed from an uncle’s Seventies vacation wardrobe. Pants, whether loose or slim, were often too short — the better to show off chunky mélange socks and sandals. Several models clutched leather satchels morosely, as if more accustomed to skateboards.

It all had a naïve charm that was true to Castiglioni’s quirky, retro-tinged aesthetic. She embraced workwear codes to explore that no-man’s land between leisure and the office: employing lots of Maytag-repairman blue, or shades evoking Soviet-era uniforms; adding utility pockets to shrunken blazers, and splicing suit sleeves onto boxy shirts.

Somehow the queasy colors, gawky shapes and occasional flash of noisy floral prints managed to gel, as if to say: The geeks are all right.