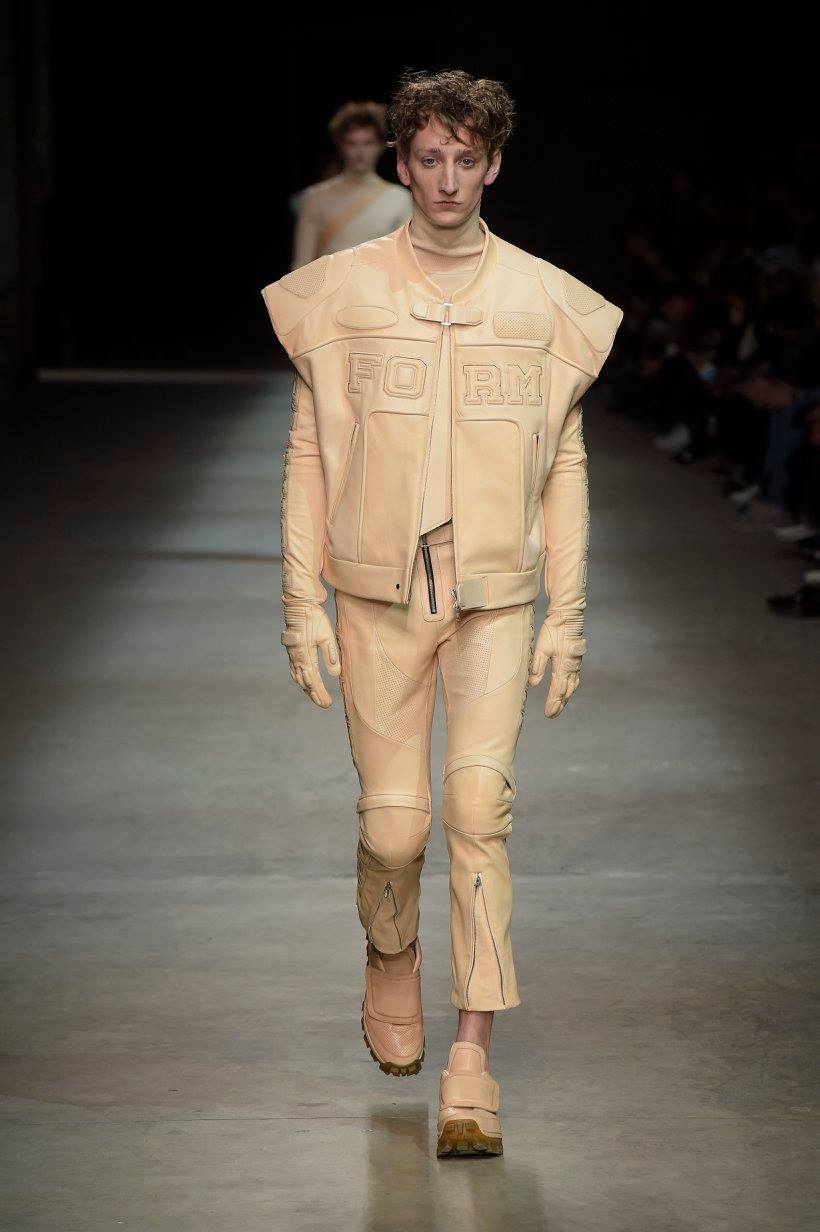 Cropped leather tops harkening back at football’s protective gear and padded numbers, including sleeveless biker jackets and matching pants, infused the dynamic lineup with an imminent sense of battle, while almost every item came with a concise, one-word message printed or embossed on the fabric. “Genderless,” “boundary-less” and “paradigm-less,” they proclaimed in Twitter-friendly fashion.

Elsewhere — in keeping with the city’s traditions — the designer paid homage to Florentine tailoring via long and luscious soft-shouldered coats. As they were partially sliced into panels and mixed with extralong scarves, they let off an air of fetish elegance with a “Matrix” vibe.

“[This is] my vision of the future, a kind of post-chaos city, [where] the remaining people wear this,” Juun.J said of his apocalyptically tinged show.

A lack of color further fed into the somber, cyberpunk mood.

READ  Sons of the Beach by Laurent Mac