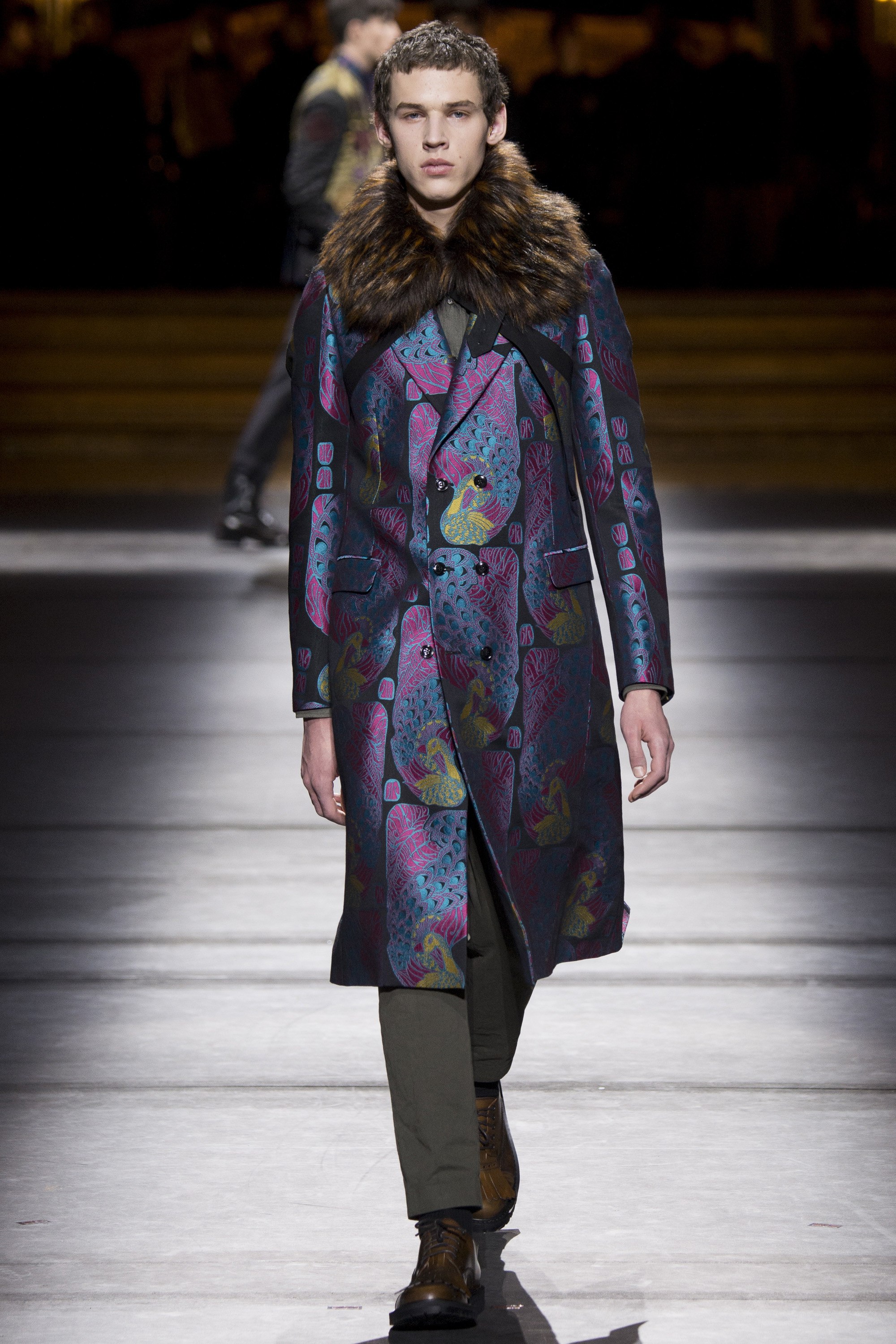 Everybody got a backstage pass to Dries Van Noten’s military-themed show, staged behind the scenes of the Opera Garnier, with its inclined floors and imposing collection of set screens looming from the ceiling as backdrop. Golden props were on the house, reflecting the collection’s decorative character.

Van Noten made it clear from the start that his new model army was in no combative mood, but rather comprised of suave and placid fellas, lovingly referred to as “peaceniks” by the designer. They marched in crinkled trenchcoats with maxipockets and deconstructed military parkas that were sliced at the waist, their bottom parts reappearing as wraps over skinny track pants.

Military boots? Check. Camouflage prints? Check. But not without a psychedelic experience à la Wes Wilson. The acid prints Van Noten employed for fall looked decadent on a high-rank military jacket, while golden badges stitched to teddies and sweaters lived up to the Belgian’s knack for embellishment.