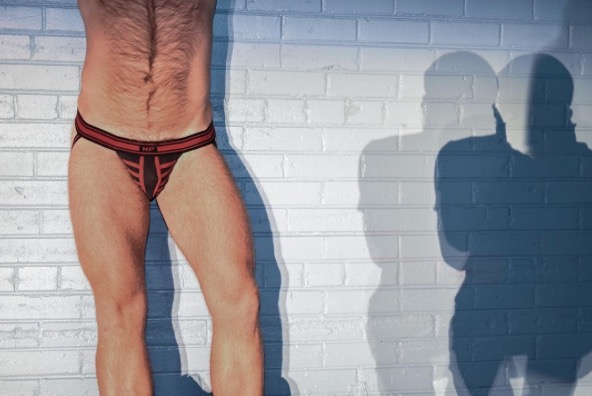 First, we define what exhibitionism means – a behavior that is meant to attract attention to yourself.

Exhibitionism is the act of exposing in a public or semi-public context those parts of one’s body … included an additional clause ‘or openly and indecently exposing their persons’ which gave rise to difficulties because of its ill-defined scope.

In the beginning, photographers have portrayed and captured thousands of exhibitionist who want to express and have all the attention to them focusing their bodies – the main reason to pose in any lens.

Below we present the work of Otter J a photographer with naughty ideas, who captures all underground exhibitionist, many of them are models, porn/erotic actors, strippers, go–go dancers, entrepreneurs of big cities, underwear models, clubbers, people who are willing to posing full naked in front of the lens of Otter J.

This is a great project by Josh Olsen, all this photos, ideas, and captures are from him. Otter J attracts voyeurs from all around the world. Just check out his recently 2017 Calendar.

When he goes out and hang out with their buddies, he always take his camera and start the magic

Could be in some store, club, bar, home, or even a party. Josh does not let go anything and he takes advantage of the good day light and hot nights.

No, Otter J creates controversy around them, in other terms, creates his own point of view of gay guys through his lens.

Will exhibitors become in new male models?, no unless they want it to be. We all know, photographing guys who wants to exhibit their toned body, is easier than getting a male model from some Agency.

Dear Josh keep up the good work, we are really enjoying you. Voyeurs rules.

0 comments on “When exhibitionism become your muse – Otter J Project”