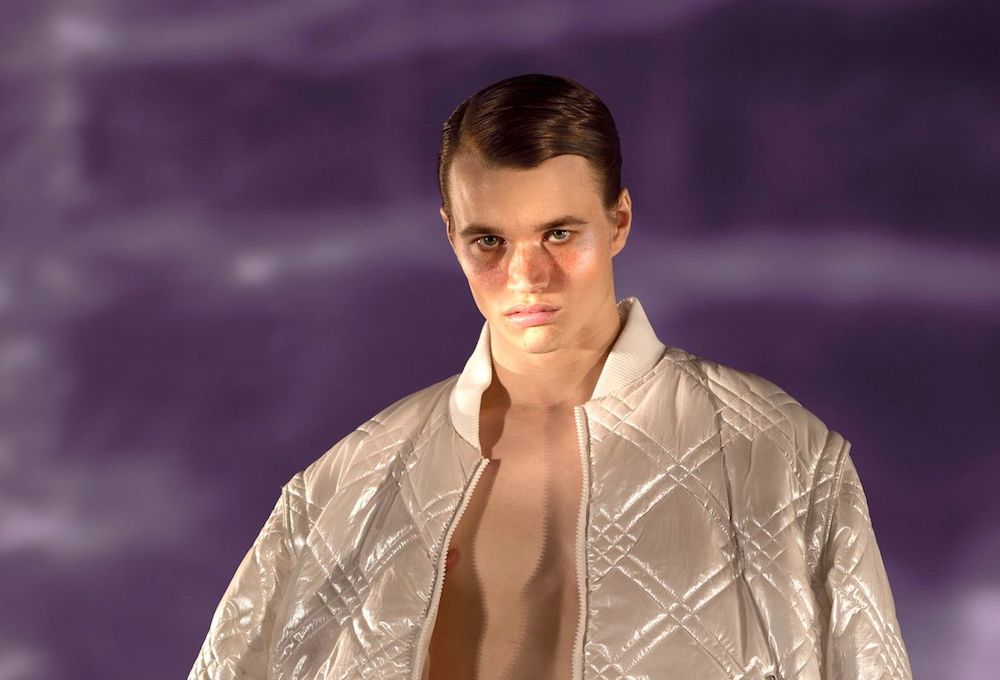 Aptly titled “Employee of the Month,” the narrative was advanced by infusing traditional work uniform elements.

The kids have jobs now, and Paul Cupo’s sophomore offering for VFiles Yellow Label for this season is a continuation of that, a modern take on uniforms and workwear.

Cupo has been able to maintain a playful and youthful balance for his take on what a uniform can be, such as suiting in pearlescent nylon, denim covered in bold logos — ranging from workwear vests to jackets and skirts, and outerwear inspired from oversize button-down shirts.

Aptly titled “Employee of the Month,” the narrative was advanced by infusing traditional work uniform elements, such as bright yellow cropped puffer jacket with layers to resemble blazers and even an elongated full suit version.

Waist trainers made an appearance, not in the literal sense, in a shiny lavender puffer jacket with an oversize belt, also intended as a wearable accessory.

Another highlight was a lavender oversize shirt — masculine in shape, over a lavender pleated skirt, the perfect intersect of hospital scrubs meets school girl.

“Young people want to wear unisex” the designer professed during our preview, and Cupo was able to achieve just that, a lineup that the youth of today can identify with during and off work hours.