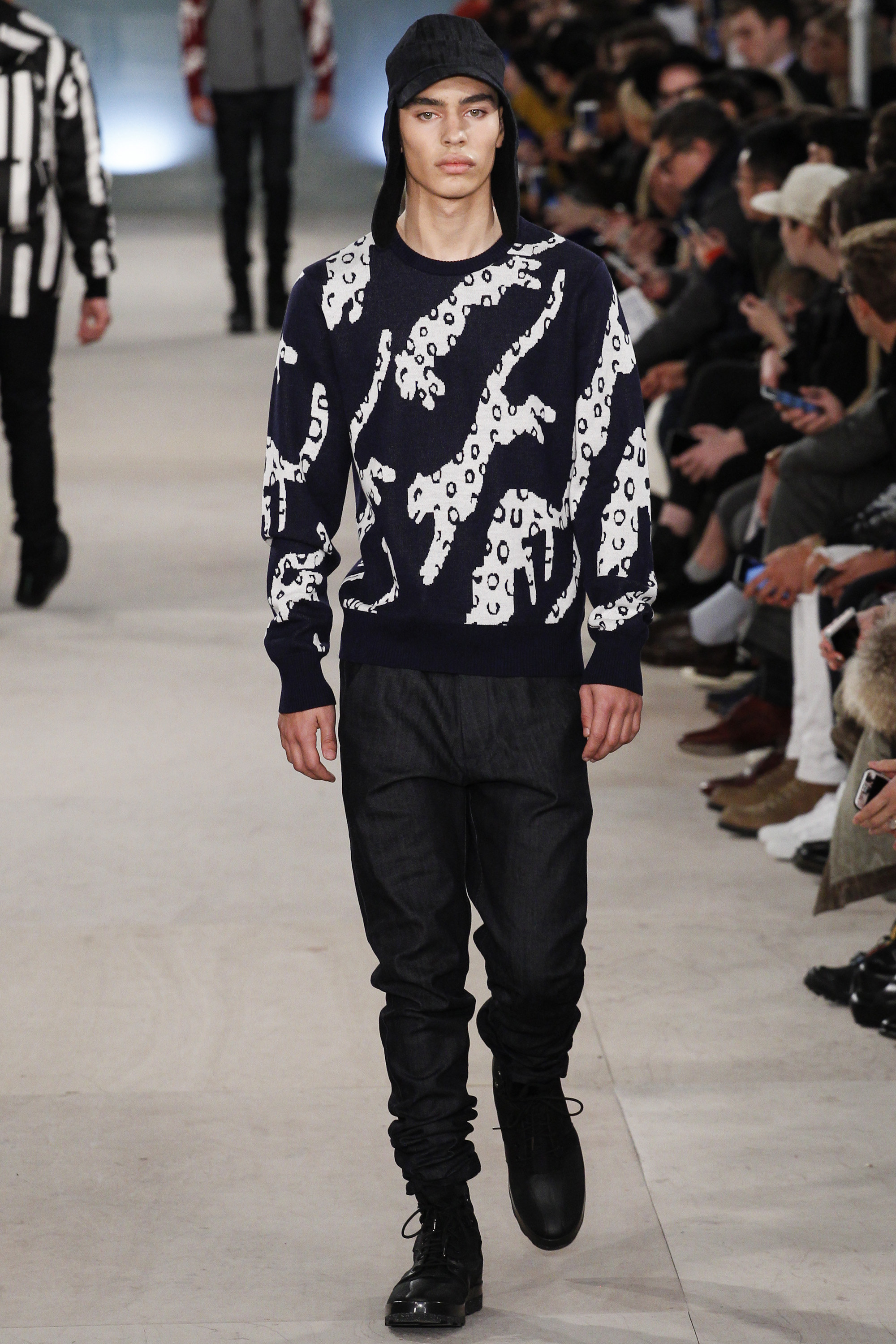 This collection was full of fine clothes which many men—this one included—would be delighted to alight upon in-store. The denim, quietly adrip with the rounded-tipped lines of a Germain raindrop camouflage, was dark and sleek and gorgeously made. So too was the broad selection of enveloping, brown or gray wide-yarn oversize knits and their more fitted leopard or rain-camo intarsia finer-gauge cousins. There were some fine flashes of a very slightly off-tone red—almost precisely the same shade that we saw at Maharishi and Astrid Andersen yesterday—on an opening parka and an interesting cross-body bomber inspired by Christopher Raeburn’s Mongolian source material. The last two looks made from recycled army snow ponchos were satisfyingly Muppet-esque show-closers, but most of this show’s parkas and bombers and the rest of the usual coat-rack suspects were notable for their restraint. That red and those raindrops apart, there was little of the quirk Raeburn usually delivers. As a show experience it lacked shock and awe.

Backstage Raeburn, 34, was rightly proud of the fabrications and balance of this collection. He is moving to a new studio soon, and has cultivated retail partnerships that include Dover Street, Selfridges, and Harrods. He said: “The other thing for me, being honest, is that it’s exciting growing up with the brand. Maybe there are things that I designed five years ago that I’m too old for now.”

Here in London we want to have our cake and eat it; we lament when a fashion designer who started on the fringes with something experimental to say later produces more modulated, conventionally pitched, commercially conceived clothes instead. And then when British designers fail to find business success and are forced to shutter, we wonder why. Today Raeburn chose the wiser course—for when push comes to shove, what’s the approval of the few compared with the custom of the many?