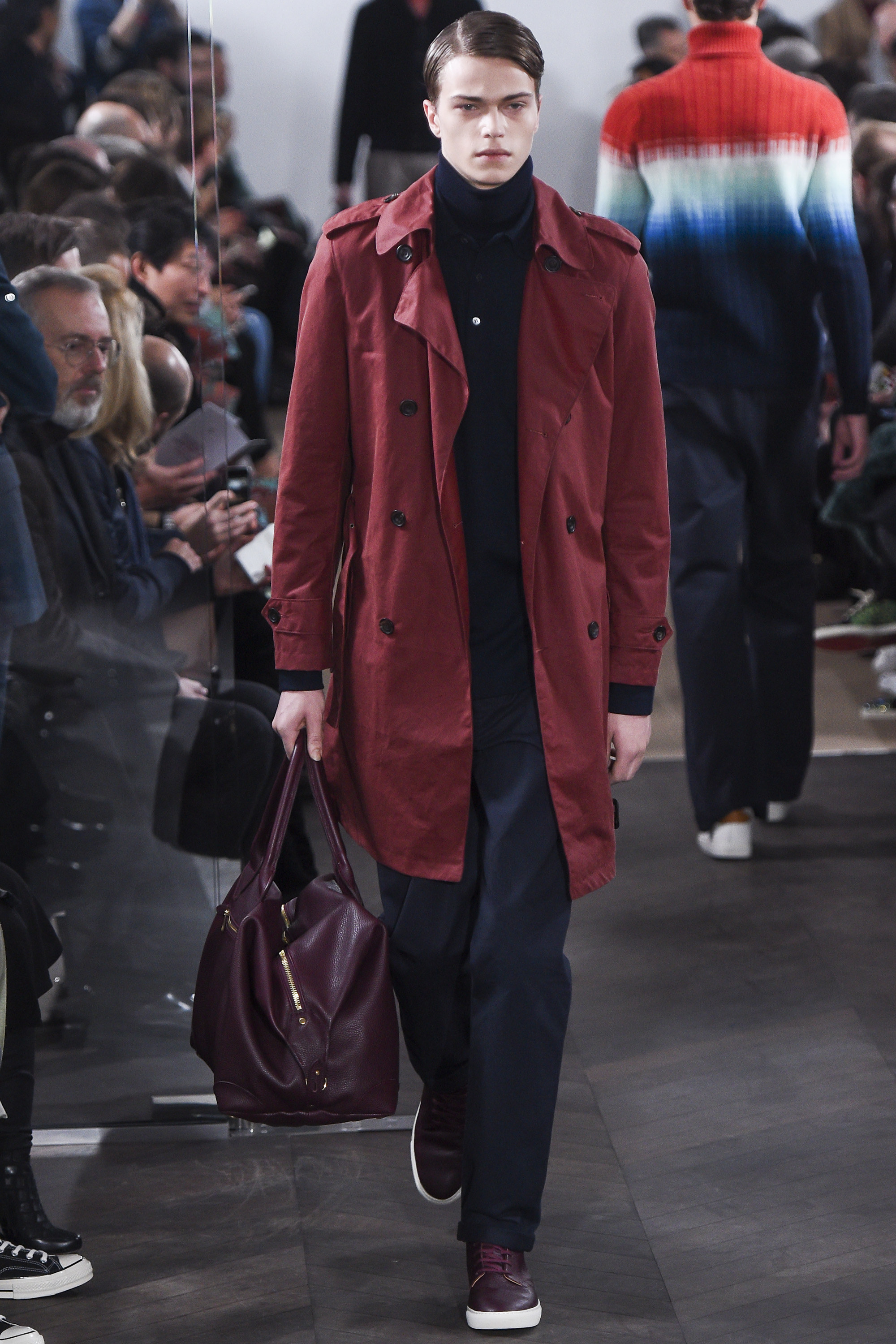 Richard James has a mean copywriter. Read this abridged opening stanza from his Fall presentation notes: “The collection sounds its horn hard, hoists the red ensign, and puts its exotic cargo under a silver gray sky at London’s docks in 1935.” It was enough to conjure a pretty vivid (and cacophonous) imaginative vignette while waiting for showtime. (I kept thinking about the boarding scenes in Titanic, admittedly 20 years earlier and not in London, but full of seafaring English grandeur nonetheless.)

It was often compelling to see the execution of Savile Row dandyism meeting early maritime industrialist touchpoints; a Prince of Wales–checked suit, for example, reflected that steely London mist in palette and a nautical (daresay, naughty-cal) lean through its widened lapel and double-breasted blazer. Another yellow gray jacket, also double-breasted but boxier and not part of a suit, captured the “cool cachet” of ocean-going when worn over a basic polo shirt. There were some question marks, though. The frequent use of teal, a hard color if ever one existed, steered the catwalk at times into fussy waters. Ditto for a semi-ombré turtleneck jumper woven in over-saturated Union Jack tints. However, if you’re a James loyalist, you’re a color loyalist in tandem, as the brand has never been shy of a strong hue.

What functioned most impressively here (and, somewhat ironically, what also felt the most contemporary) was an adherence to the deeply English roots of the collection’s nexus. A melton jacket with a narrow double-closure of buttons (its rusty threading certainly recalled the shipyard) and a cinnamon, high-sleeved trench satisfyingly fitted the focus.