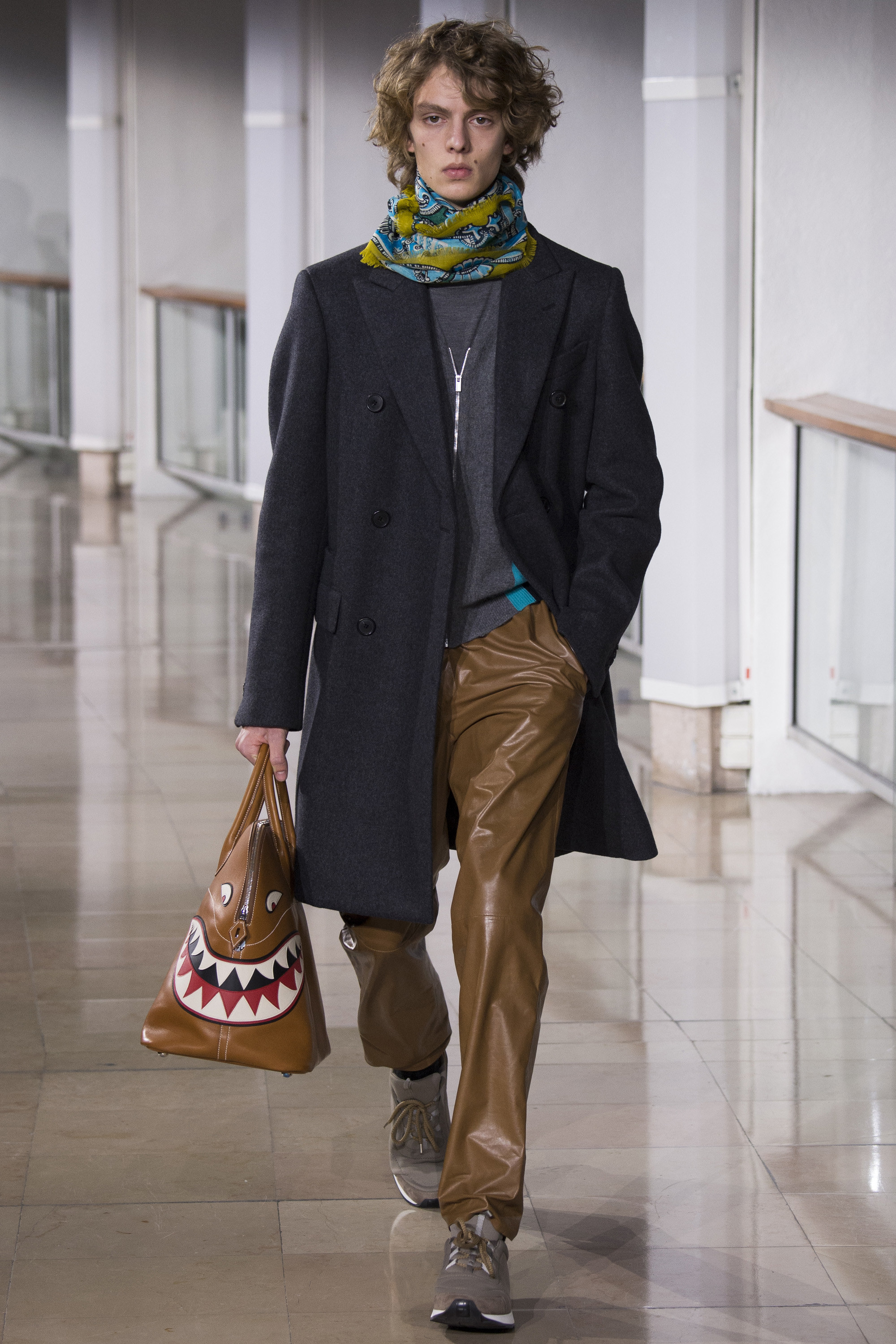 Hermès occupies a very specific arena of luxury: a place plenty of other brands ache to occupy. The label appeals to the have-alls, and the need-nots. The want-lots. No one needs a khaki coat in a glazed calfskin that crackles like organza. But people want it. A lot.

Véronique Nichanian is obsessed with those notions, which is why she works so well at Hermès. She’s previously done lots of stuff with crocodile, generally cutting it into skinny T-shirt shapes, making the extraordinary everyday. Those reputedly sold through in an insane percentage—possibly because they made a handful, retailing for several tens of thousands of dollars each. Nevertheless, it’s emblematic of Hermès’s approach. The metaphorical croc crewnecks today were a series of black suits and knits keyed with tonal variations of Hermès’s Virages motif. Virages translates as “Bends,” a description of the undulating pattern of said silk.

It made me think of how Hermès has bent our perception of luxury today. Modern luxury, chez Hermès, is a transmogrification of the everyday wardrobe into the ideal. What may entice you to buy? It’s especially evident in the menswear, where Nichanian is content to be quiet, even restrained. There are seldom big themes or statements on her runway: “Pure black” was one of her ideas, as in the aforementioned suiting that closed the show. Conversely, “color vibrations” was another, like the contrasts of shades on Hermès silk scarves (plenty of models wore those). Those opposing ideals, understandably, lead to a mixed bag. They felt like words affixed to justify something that actually needed no justification. This show was muddled up, which is pretty much what everyone’s closet looks like, too. Nichanian did skinny jeans, in khaki stretch gabardine; she did a crewneck sweater, in a lapis turquoise extra-fine cashmere; she cut a peacoat in teddy bear–soft baby lamb. She also appliquéd Bolide bags with a shark’s gaping craw. Incongruous, to say the least.

One model wore an Apple Watch—the one they created in collaboration with Hermès, obviously. It was half-hidden under the cuff of his very big, very pink cashmere-wool sweater. It wasn’t showy. Neither, actually, was the sweater. Many sported sneakers, flashed with go-faster strips of bright Hermès orange, with suits and casual attire. Most of the models had their hands shoved in their pockets, walking casually around. Looking like—and, maybe, wearing—a million bucks.