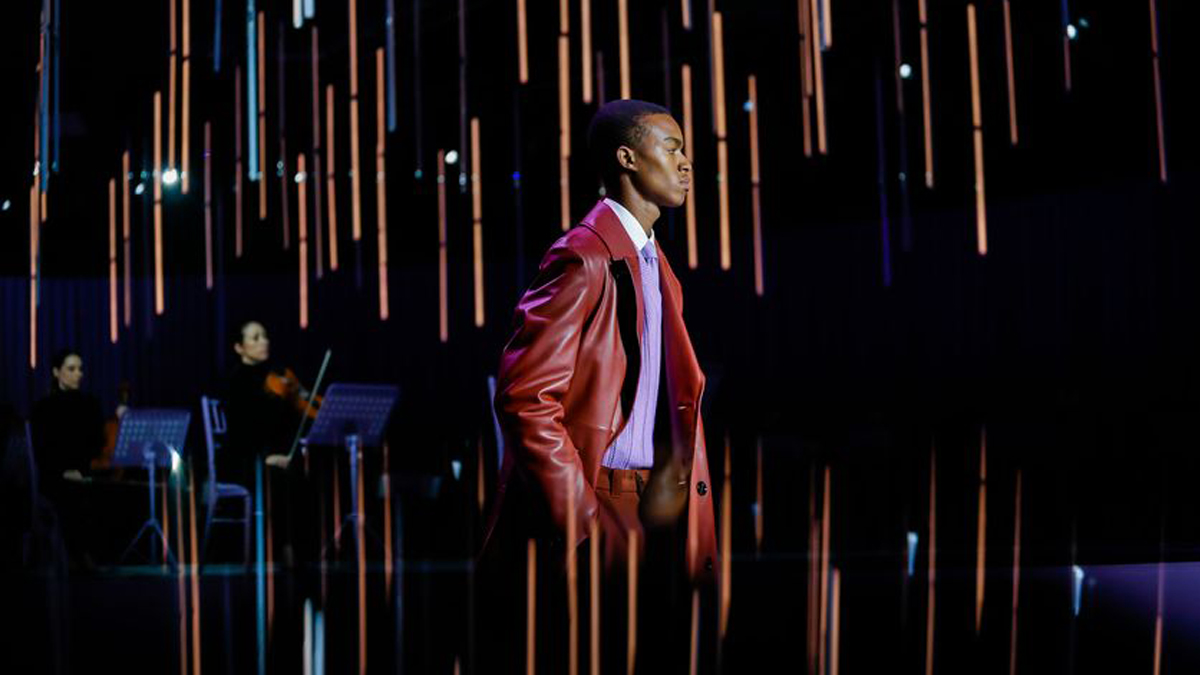 Shown on a lilac-carpeted runway, the collection was a well-curated succession of color blocks, creating the effect of a particularly efficiently organized nuancier.

Ingo Wilts wants to bring a bit of color to his Boss collections — and surprise people by doing so. “Typically everybody says that the Boss palette is centered around dark navy, green and black, to which we reply: not this time,” Wilts said backstage.

The tone was set from the first look at the venue: a lilac carpeted music hall in which guests sipped matching mauve smoothies while waiting for the show to start. Models walked out to a live string orchestra wearing a precise curation of colors to complement the traditional black, navy and gray Boss looks. Lilac, a daring tone for men’s wear, looked particularly good on masculine suits, while the hue freshened up an oversized duster coat and snuggly knitted polo neck jumper for women. Rust tones brought warmth to leather coats and trousers for men, as did pops of orange on parkas and faux-fur coats.

Texture was added in the form of long fringes on suits, sleeveless dresses and leather handbags, a nod to the Charleston dresses of the Roaring Twenties in honor of the new decade, and zebra patterns on coats, skirts and men’s jackets. “We didn’t want a print that was just a print, so we developed a zebra print that we manipulated to transform the stripes into waves and left some stitches loose on some of the women’s coats,” said Wilts. The motif looked its best on a cream-and-beige long wool coat over a white women’s suit.

It was a carefully orchestrated and well-curated succession of color blocks. What the show lacked in emotion, it made up for in front-row entertainment: Orlando Bloom’s puppy Mighty, sitting pretty on his owner’s lap, nearly stole the show.