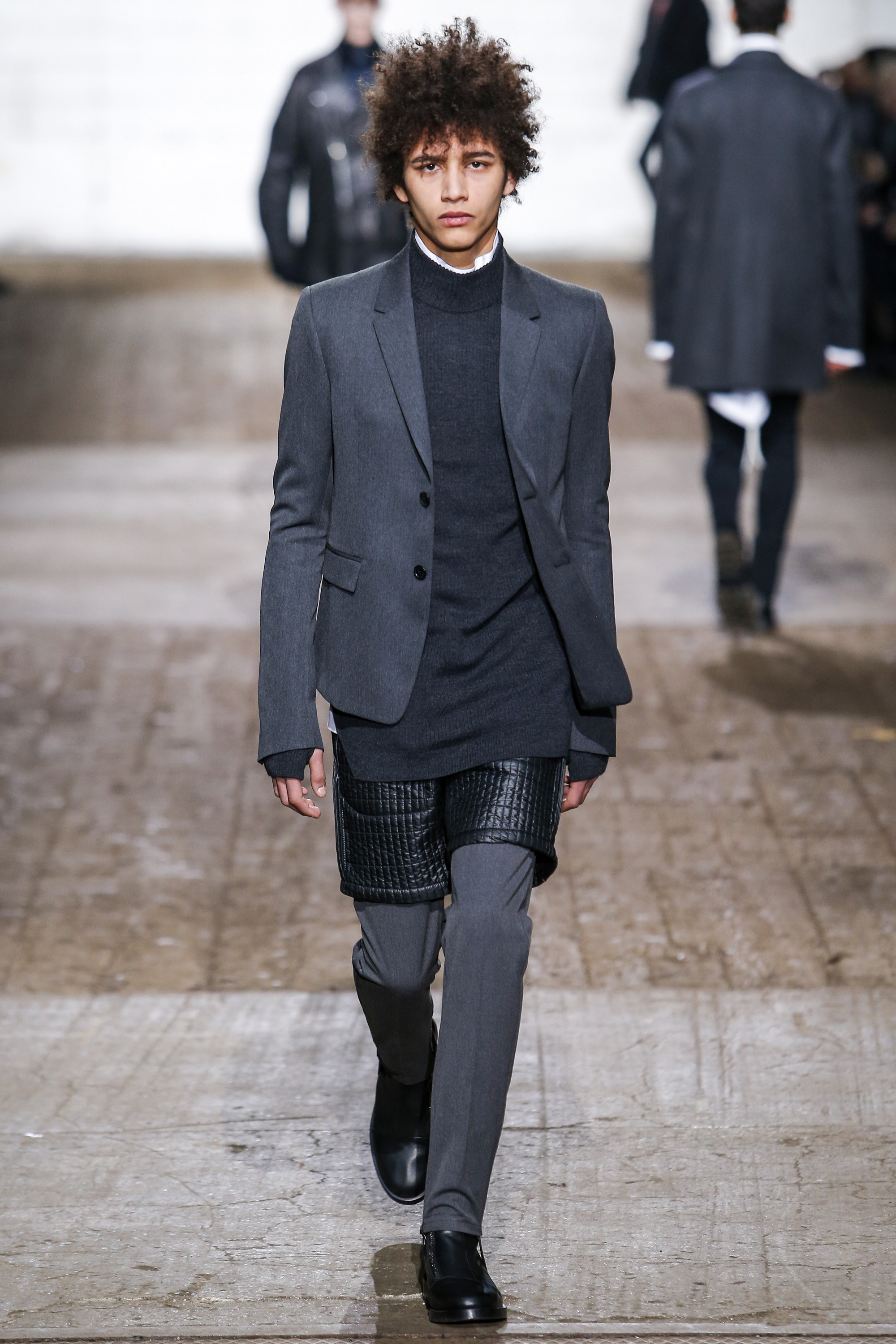 Andreas Melbostad is a solid, competent designer. His work as creative director has served Diesel Black Gold well, rebuilding its foundations, putting it on a sure footing, and conveying a compact message. Born in Norway, his sensibility has a natural Nordic bent, and he has streamlined Diesel BG’s language accordingly, adding a touch of restraint and finesse to the brand’s emotional language. For Fall, he drew inspiration from the the look of bike messengers. “I live in New York and they’re such a distinctive element of the landscape; their look is so iconic,” he said backstage. During his research he found a photo book from the ’90s of messengers’ portraits taken on a white background; the pictures highlighted their renegade, rebellious individuality.

The collection had a utilitarian feel, built on oversize proportions for a powerful impact. Layering added thickness and volume, bolstering the protection factor. The house’s staples—parkas, bikers, field jackets, bombers, and military vests—were reworked with a sharp sensibility, resulting in a strong, yet functional silhouette with a techno vibe. Zippers, pockets, straps, detachable quilted linings, and harnesses of the practical variety abounded. Ultra-slim pants were worn with quilted shorts, in true messenger fashion. Hybrid outerwear made for one of the most interesting proposals of the lineup, as in a great parka-cape number that had an appealing allure. Who says that utility cannot be married to elegance? Certainly Melbostad knows his way around it. Yet Diesel is also a bit of a boisterous, passionate character: Who says that elegance cannot be a bit raucous too?