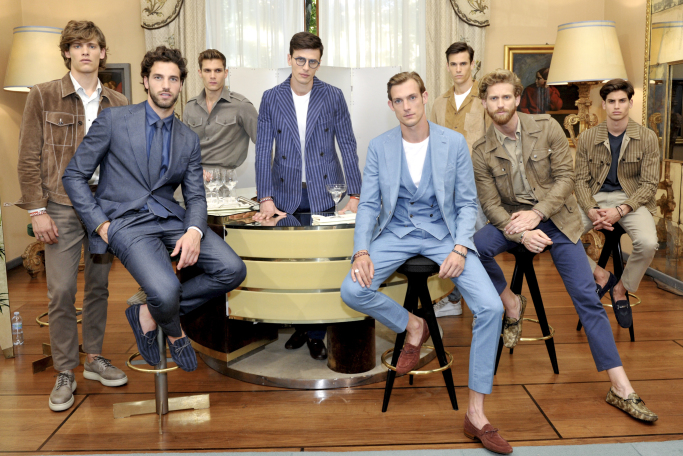 What appeared like a denim shirt stood right at the entrance of Tod’s presentation at Villa Necchi Campiglio. Look again – it was suede. Men’s creative director Andrea Incontri explained that “the idea was to treat leather as if it were a fabric.” It was a guessing game throughout the lineup. Differentiating the linen and cotton jacket with epaulettes from the bleached leather jacket was no easy feat. But, after all, this is Tod’s, which is known for its leather expertise.

Incontri was on trend, working striped patterns on bomber jackets and shirts, and he also introduced a new motif, which he called “cloudflage,” a mix between a cloudy design and camouflage.

The designer had freedom on his mind, starting from the way he rearranged Tod’s staple gommino moccasins on the displays. “They should look casually tossed off, not perfectly lined up,” he said, untidying a colorful group of said footwear. That also telegraphed a new ease into the mixing and matching of colors and prints.