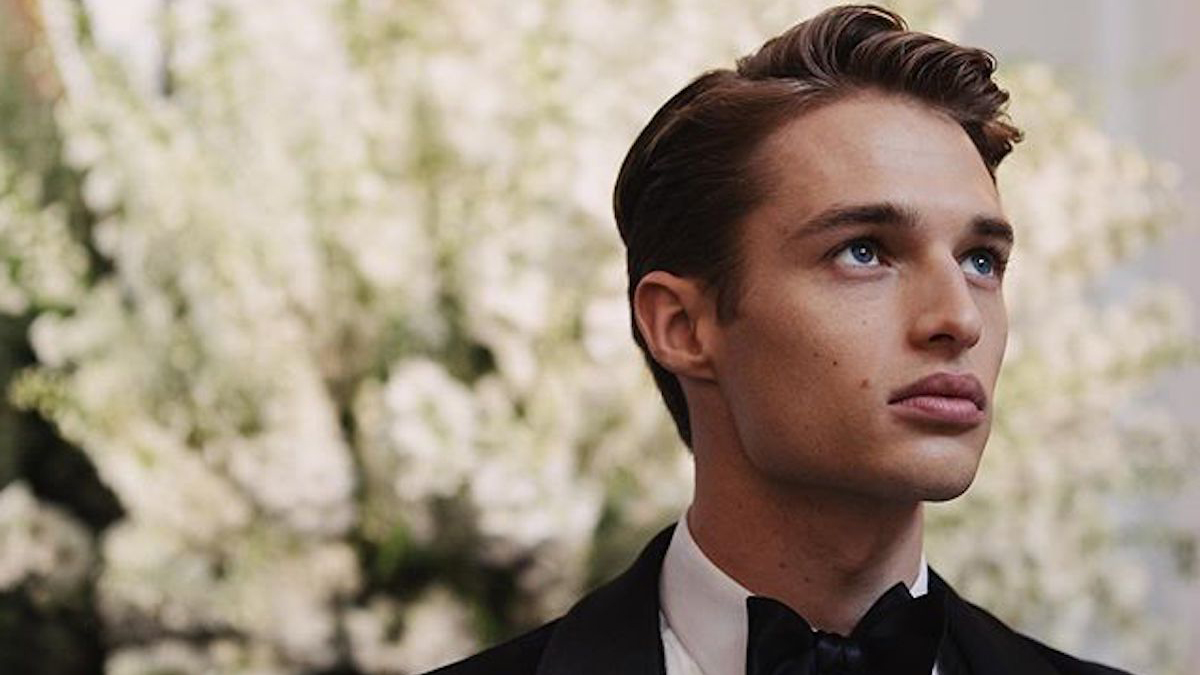 Ralph Lauren marked the 25th anniversary of Purple Label with a look back at his traditionally tailored designs over the years.

Having stuck to his sartorial guns for so many years, even when many abandoned the traditional suit, the tie, and the tone-on-tone look in favor of laid-back fare, Ralph Lauren has come out blazing for fall, marking the 25th anniversary of Purple Label with a look back at his traditionally tailored designs over the years.

Purple Label was, from its inception, a battle cry: Twenty-five years ago men were still wearing suits, yes, but they’d gone big and baggy, with pleat fronts and fabric pooling over shoes. Purple Label was a great act of nostalgia for a time when suits made the man, and were tailored to fit, or at least fit they way Ralph wanted, with broad shoulders, wide lapels, a contoured waist and shorter length.

To mark the moment, the designer has created a capsule of some of his tailored looks from the Nineties done in British weaves: There’s a glen plaid suit with peak lapels paired with houndstooth check socks, a double-breasted chalk stripe one and a lineup of evening looks – tuxedo jackets and tailcoats – in wool and velvet, some inspired by Scottish military uniforms.

Pieces in the collection will carry a special, 25th anniversary label, and will be produced in a relatively limited edition.

The rest of the fall collection is just as slick, with lots of tailoring, tone-on-tone a few more casual and offbeat pieces tossed in: Chocolate velvet or navy jackets for day or night; weathered-looking flight jackets and coats, plaid shirt jackets, cocoa suede tops and cashmere sweater coats.

In a season brimming with British weaves and woolens, and more checks than a chess tournament, this anniversary could not have fallen at a better time.