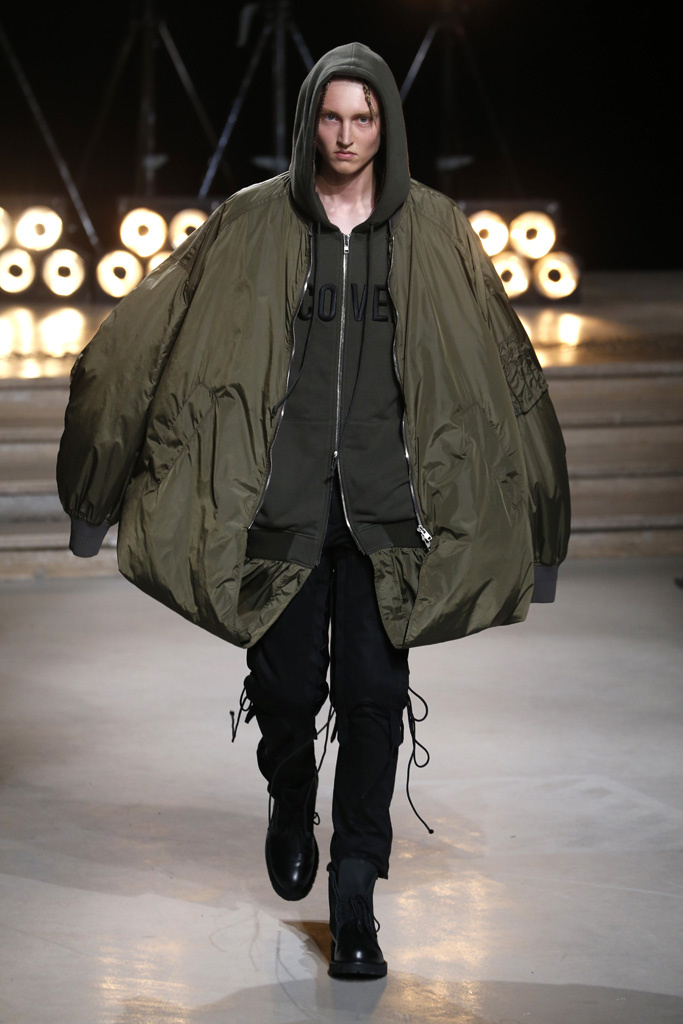 Following a stint as Pitti Uomo’s guest designer, Juun.J was back in Paris with a dynamic collection that captured the cool street kids’ hunger for off-kilter silhouettes and an underground feeling.

His were inspired by antigravity fighter pilot suits, or G-suits as they are also called, from the Forties and Fifties, he explained backstage, surrounded by a group of models trying out a series of XXL-sweaters that had large parachute constructions flying off their backs. They would later make an energetic outing on the runway.

The Korean designer said he was interested in putting the suits’ technical details, which he coincidentally discovered while surfing the web, into casual hoodies, teddies, knits and parkas. He upped their ante with massive pockets and hardware, while also working convoluted lacing constructions on the sleeves of sweatshirts and bombers, an aesthetic that paved its way down the legs of cargo pants.

The bottoms quickly turned gargantuan and too bold for some to handle. In one case, they literally slid down the skinny hips of a model, who had to hold his jeans from further slipping down his equally giant leather pants.

The designer’s tailored options stayed put, though, with a double-breasted suit jacket proving a good match for a pair of bombastic combat bottoms.