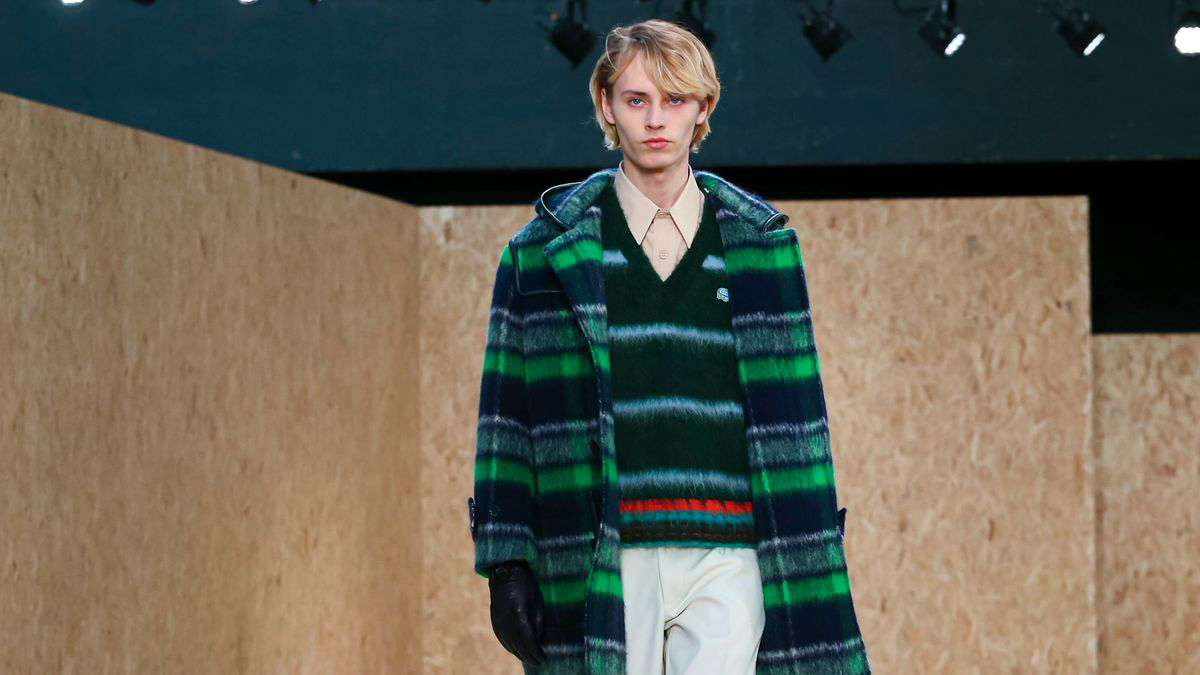 All about Simone Lacoste at the Ready To Wear Fall/Winter 2020 in Paris from the house, a colorful co-ed show that the wife of the founder would surely have enjoyed.

“Not many people appreciate that Simone was a champion in her own right, but in golf, not in tennis like René,” explained Louise Trotter in the backstage.

Hence, the collection was a meeting of golf and tennis, somewhat ironically as the show was staged in an indoor tennis court.

“Normally in relationships one is more powerful than the other, but they really complimented each other, very harmoniously,”

Though her best ideas were actually the great coats – from the color blocked leather night-watchmen’s coats to soft yellow town-coats. Track pants with side stripes; and softer trench coats all looked strong. Since making coats and jackets in jersey gave the clothes a sense of easy affluence.

The British designer’s other big trick was jazzing up the heart of every Lacoste show, the crocodile – exploding it up as an appliqué on duffle coats; and tripling that in size on top of a marvelous looking white silk print shirt.

René’s Lacoste logo tennis shirt also got a work over, as Trotter took the classic polo, and double knitted it this season.

“So, it looks the same but when you put it in on it feels completely different,” said Trotter, underlining how Lacoste himself developed the idea of many the soft collar shirt in cotton piqué.

“René was thinking about comfort and performance from the beginning. Luxury today is comfort. That’s when you are most at ease,” insisted Trotter.

In short, nothing too revolutionary, but some very convincing merchandise, and importantly a great looking front row of French athletes, actors and musicians.

Far too often before, Lacoste ad campaigns featured starched white Caucasians in a vision that had more to do with 1950s France. And not any group of multi-racial sports heroes like all French teams today. Its recent ad campaigns have embraced that; and it was great to see that reflected in the composition of today’s very cool and hip audience.